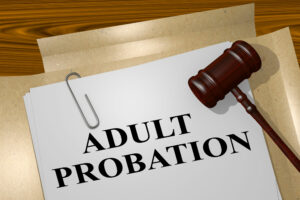 If your sentence is not executed in lieu of probation, or you’re released onto probation as terms of a conditional release, you’re going to want to follow the rules set forth in the guidelines to avoid a serious issue down the road. Failing to abide by your probation terms can result in the imposition or your sentence or it can send you back to jail, so do whatever you need to do to stay in line with your probation guidelines.

However, if you accidentally or intentionally violate the terms of your probation, you won’t automatically be whisked away to jail. You’ll have to appear before a judge at a probation violation hearing, and odds are you’re going to want a lawyer by your side for this. We’ve helped numerous clients at their probation violation hearing, and we can do the same for you. Here’s a closer look at what to expect during this hearing.

If you are suspected of violating the terms of your probation, you’ll receive a summons to appear in front of a judge. The summons (or in some cases, the warrant) will have the following information:

At your first appearance, you’ll appear before a judge at what’s often referred to as an “Admit/Deny” hearing. During this time you will either admit that you violated the terms of your probation or deny the allegation. If you admit to the violation, the court will impose penalties it deems appropriate, which could result in your original sentence being enacted. If you deny the charge, a hearing will be scheduled within a reasonable time.

A probation violation hearing is a little bit different than a criminal hearing, and both of these changes make it easier for the prosecution to make their cases, which again speaks to how important it is to have an attorney by your side. For starters, the state does not need to meet the burden of proving guilt beyond a reasonable doubt. They only need to prove beyond “clear and convincing evidence.” Secondly, the rules of evidence are more relaxed, meaning the prosecution can have some evidence admitted to make their case that may not meet the standard for criminal hearings.

One bright spot during the probation hearing is that you are given the chance to present evidence that suggests continued probation would be better than confinement and the revocation of your parole. Some people say they will be willing to comply with the terms of their probation and take on additional counseling or substance treatment in order to stay on probation instead of being remanded to jail. Your lawyer can help gauge your best strategy for avoiding the least optimal outcome as the hearing plays out.

Ultimately, the judge will issue their decision, and you’ll have to follow it. This could involve jail time, extended probation, additional fines or extra community service hours. They could also find that you were not in violation and probation will continue as planned.

For more information, or for help with your probation violation hearing, reach out to Appelman Law Firm today.