If you are arrested and charged with a crime, you can be released on your own recognizance ahead of trial, or a judge can decide to impose a bail amount that you must pay if you wish to be free ahead of your trial. Laws have been put in place to prevent judges from setting […]

The words “resisting arrest” have become a topic of conversation over the past few years after police officers killed suspects who they claim were resisting at the time the officer took forceful action. We’re not going to debate the merits of deadly force in our blog, but we do want to touch on the idea […] 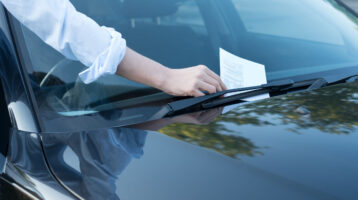 A traffic ticket can ruin your day, but neglecting to contest the citation or pay the fine in a timely manner can cause a whole new set of problems. But what exactly can happen to you if you opt not to pay those fines? In today’s blog, we take a look at the consequences you […]