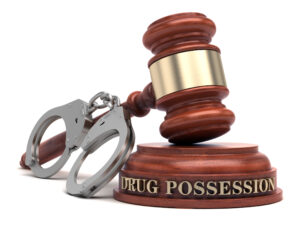 Drug charges are separated into five different degrees in Minnesota, with fifth-degree charges being the least serious of the bunch. That being said, don’t think you’re fine just pleading guilty and asking for leniency in the event that you end up facing fifth-degree drug charges, because the penalties and repercussions are still severe. In today’s blog, we take a closer look at fifth-degree drug charges in Minnesota, and explain what you should do if you end up facing these charges.

What Is Fifth Degree Drug Possession?

Fifth-degree drug charges are reserved for individuals found in possession of small amounts of less-addictive drugs, like marijuana. Fifth-degree drug charges are placed on those caught selling or possessing marijuana, drugs mixed with marijuana, or other Schedule IV drugs. You can also be charged under this statute if you are caught using fraudulent means in order to try to obtain the above substances.

Even though it may seem like a pretty innocent charge, things can spiral out of control in a hurry. This is still considered a felony offense, meaning you could face up to five years in prison and fines up to $10,000 for your actions.

There is an exception that can allow the crime to be charged as a gross misdemeanor. If this is your first drug offense and:

A gross misdemeanor in Minnesota is punishable by up to one year in a correctional facility and fines up to $3,000. There is a big difference between time in prison for a felony conviction and a conditional sentence at a correctional facility, so know what you’re facing if you end up being charged with fifth-degree drug possession.

The good news with these cases is that as court logs keep getting backed up, low-level drug possession charges are the first to get tossed. Amid the pandemic, Ramsey County is tossing out fifth-degree drug charges. Now, that’s not to say that you can safely possession small amounts of drugs, because there are exceptions and it only applies to Ramsey County, but it speaks to the larger idea that you probably have options if you’re facing fifth-degree drug possession charges.

Oftentimes a lawyer can get the case thrown out or strike a deal with a prosecutor to get you all your preferences in a plea deal. For many individuals, this means no jail time and a little extra community service and good behavior going forward. This is typically a much preferred route compared to the prospect of losing in court and facing years behind bars. Talk with a lawyer about all your options so you can make the best decision for you and your family.

For more information about fifth-degree drug possession charges in Minnesota, reach out to Avery and the experienced team at Appelman Law Firm today.