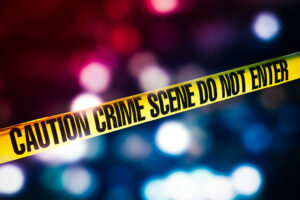 The television show CSI was a cultural phenomenon when it debuted more than 20 years ago, and plenty of similar shows have attempted to replicate the success of a show that spawned multiple offshoots and even a few video games. CSI stood for Crime Scene Investigation, and it involved a cast of characters analyzing crime scenes in order to figure out “whodunit.” It made for great television, but researchers say it had an unintended affect on the criminal justice system in the real world. We take a closer look at the CSI effect in today’s blog.

The actors on CSI often used intricate forensic science in order to strengthen their case against a suspect. Whether that was in the form of using a black light to discover bodily fluids or examining wounds under a microscope to determine that a hammer found in a suspect’s garage was the murder weapon, the show typically relied on scientific procedures to leave little doubt in the mind’s of television viewers as to who had committed the crime.

Researchers say the process displayed on television was often unrealistic or over-the-top, but even when it was rooted in sound science, it had unintended consequences in the real world. According to a study on television viewing habits and how it affected a person’s ability to render a verdict in mock cases, researchers found that the more crime-based television programs a person watched, the higher degree of forensic science was required in order for the person to convict the suspect. In other words, the more CSI-style shows the person viewed, the less likely the were to convict a suspect without a higher degree of science-based evidence.

“The results also showed participants who were heavy or daily viewers of crime-based television shows were less confident of their decision if they choose to convict when there was little or no forensic evidence compared to those who watched less of these types of shows,” researchers wrote.

The team of researchers concluded that this could lead to a pro-defense situation where suspects are more likely to be found innocent of charges if the juries were made up of heavy television watchers. So while television watching is unlikely to really influence a jury’s decision in non-violent cases like DUIs or shoplifting, it is possible that certain crimes that often rely on forensic evidence, like murders or sexual assault, could be influenced by the television viewing habits of the jury.

If you need help with your criminal case, reach out to Avery and the team at Appelman Law Firm. We’ll do everything in our power to put forth a strong case that the jury can clearly understand so that you’re in the best position to beat the charges. For more information or to set up a free case review, give our team a call today at (952) 224-2277.