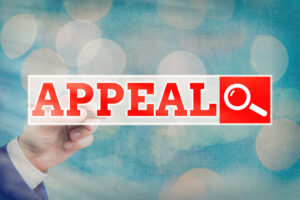 If you’re not satisfied with some aspect of your criminal case, you can file an appeal. Sometimes it’s viewed as a Hail Mary, while other times it’s a viable option when something is amiss with your case. But what happens if you end up getting the appeal’s court to side with you? We explain what happens after you win your criminal appeal in today’s blog.

Winning an appeal isn’t easy, mainly because it has to involve the reversal of a previous held finding or holding in a lower court. Needless to say, you’re going to want a lawyer by your side if you want to have the best chance at getting the appeal’s court to agree with you in spite of a previous courts ruling. With that said, winning an appeal isn’t all that rare, and it can make all the difference for your case.

What happens after you win your appeal’s case depends on what aspect of your case you’re appealing. We’ll provide some examples to make this clearer below:

Jury Verdict – If you are appealing a jury’s verdict, the appeal’s court may recommend that the lower court reverse the decision, or you may be eligible for a new trial altogether.

Sentence – You can also appeal an aspect of your sentencing. If you win an appeal in regards to sentencing, you may be remanded to original court to receive a new lesser sentence. For example, if you were sentenced to 10 years in prison for a third drug-related conviction, and then recreational marijuana became legal in your state, you may be able to appeal the conviction and receive a lesser sentence given the shift in attitude about marijuana.

As we said above, winning an appeal isn’t a rare occurrence, but it’s also not easy. If you want to give yourself the best chance at winning an appeal, you’ll want to have an experienced criminal defense attorney by your side. Avery and the team at Appelman Law Firm have won countless appeals in the past, and we can work hard to achieve the same result for you. For more information, reach out to our office today at (952) 224-2277.