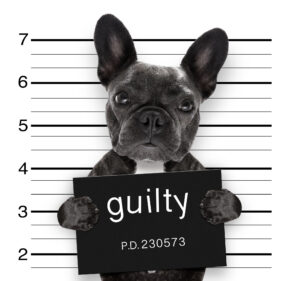 The biggest question a person faces after being arrested and charged with a crime is whether or not they should contest the charges in court or just accept a conviction. Obviously this is not an easy decision, and there are a number of different factors you should consider before deciding if you should plead guilty. We take a closer look at those factors and try to help you answer that question in today’s blog.

Should You Accept A Guilty Plea?

Nobody wants to be found guilty of a crime, but sometimes pleading guilty can actually help protect your interests if the odds are stacked against you. We’ll always do as our client wishes, but we wouldn’t be doing our job as a lawyer if we didn’t at least explore your plea deal options and run them by you. Here are some factors to consider when determining whether or not to plead guilty.

1. Innocence – The first factor to consider is whether or not you’re guilty of the crime. Now, if you were going six miles over the speed limit that doesn’t mean you should automatically plead guilty, but if you’re truly innocent of the crime, we’ll do everything in our power to prove so and get the charges dropped. In the vast majority of cases, you shouldn’t consider pleading guilty if you’re innocent.

2. Due Process – Now, police may have caught you dead to rights in violation of the law, but if they violated your due process during the arrest, you may have a case. For example, if police conducted an illegal search, you weren’t read your Miranda rights or police didn’t have probable cause to stop you in the first place, you may want to avoid pleading guilty because the foundation of their case is weak.

3. Gain Vs. Loss – Arguably the point that is scrutinized the most when determining whether or not you should plead guilty is what you have to gain versus what you stand to lose. For example, if you blew a 0.12 and the odds are stacked against you, it may be worth it to plead guilty to a reduced reckless driving charge instead of contesting the DUI in court, because doing so may help retain your driving privileges or allow you to get them back much sooner. Talk to your lawyer about the worst case scenarios and how they see the case playing out compared to your options if you took a plea deal before making a decision.

4. Ripple Effects – Finally, we never advise a person to plead guilty until they totally understand the potential ramifications of their guilty plea. How could the conviction affect your family? Your ability to drive a vehicle? Your insurance rates? You ability to get into college or find housing? Your current and future job prospects? Talk with your lawyer about all of the potential fallout so that you don’t have buyer’s remorse later if you do opt to plead guilty.

At the end of the day, never plead guilty without consulting with a lawyer. We offer free case reviews for just that reason, and we’d be happy to challenge your case if you’ve decided to fight. For more information, give us a call at (952) 224-2277 today.