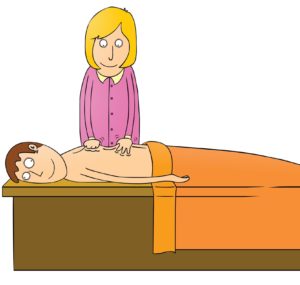 Prostitution stings are rarely open and shut cases, especially when the person being arrested is the service provider, as they can sometimes be coerced or entrapped into performing a sexual act. This is especially true in cases involving masseuses or full body massages. A recent case in Austin, Minnesota showcases this notion, and we’ll break down how we’d defend this case.

Recently, a 61-year-old woman in Austin was arrested for prostitution at a massage parlor. Here’s the alleged facts from the police report.

The case is interesting because the police report says the advertisement stated that “Jenny” was available for a sexual massage, and Zhang claimed to be Jenny when the massage was booked. However, Zhang said her boss was not in that day, and it’s unknown if Zhang placed the ad or someone else did. There’s a good chance that if Zhang did not place the ad and she is being told by her employers that she needs to do what the client asks that she’s actually being victimized.

Zhang faces a gross misdemeanor prostitution charge, which carries penalties of up to one year in jail and fines up to $3,000, but we believe there’s a good chance she could have the charges reduced or dropped. For starters, we’ll need to figure out who placed the ad, and if she was coerced or encouraged to participate in the sexual massages by her employer. It is extremely rare for an employee to be offering sexual massages to clients during business hours without the business or a manager being aware of the situation, which leads us to believe Zhang was not operating completely out of her own volition.

We’d also take a closer look at the undercover operation. Police are certainly within their rights to conduct a sting operation, but it speaks to the larger picture that Zhang may be more of a victim than the story lets on. If her employer is encouraging her to participate in the sexual massage, and the undercover agent asked for the sex act during the massage, Zhang was certainly in a position where it would be hard to say no, especially since the client had already paid for the hour-long massage.

Cases like these are rarely open and shut cases. Hopefully Zhang finds legal representation and a lawyer can walk her through all her options. If something similar has happened to you or someone you know, reach out to the criminal defense lawyers at Appelman Law Firm.