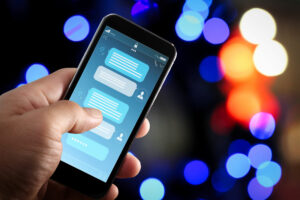 It was announced yesterday that Pittsburgh Pirates all-star closer Felipe Vazquez was arrested on a felony count of soliciting a child for unlawful sexual conduct and using computer services or devices. Vasquez faces charges in both Florida and Pennsylvania for his actions, and he’s also been charged with one count of giving obscene material to a minor.

Law enforcement agencies served a warrant at Vazquez’s apartment and seized several electronic devices during the raid. Their investigation into the pitcher began last month after authorities received information that Vazquez had a reported sexual relationship with a Florida resident who was 13 at the time and who is now 15. Police were also told that Vazquez was currently communicating with the girl through text message and that a video sent in July showed Vazquez performing a sex act. Vazquez also reportedly texted the victim that they would meet for sex after the baseball season.

You can read more about the story here, but we want to use the incident as a way to talk about electronic devices and how your digital information can be used to convict you of a crime.

As we’ve seen in our line of work as criminal defense attorneys, electronic devices are being used more and more to facilitate sex or crimes with minors. Police have also become very aware of this trend, and we’re seeing an uptick in search warrants for electronic devices.

Now, you might think that because you deleted that text message or used Snapchat to communicate that the messages will no longer be available for police to see. For starters, there’s always another record on the receiver’s end, so even if you delete the message from your phone, it will still show up on the other device unless they also delete the message. But even if both parties delete a conversation, it’s not gone for good. Cell phone providers still have a digital record of those messages, even if you delete them from your device. The same goes for apps like Snapchat and WhatsApp that still record message and communication data even if it’s no longer visible on the device itself. Simply put, nothing electronic is really ever completely deleted.

In a nutshell, be very careful of how you use computers and cell phones. We’re not condoning illegal activity, but if you’re going to do something that could get you in trouble, know that there is always an electronic trail. It makes our job so much harder when police hand over text message logs that show our client arranging a drug sale even though our client swore there was nothing incriminating on their phone because they deleted the messages. The same can be said for computers. IP addresses and other information can allow police to pinpoint exactly where messages are coming from, so it’s very easy for them to trace where threats or similar illegal messages may be coming from.

Be smart about how you use electronic devices and assume any communication you have is being recorded in a digital database somewhere. Don’t let your own actions on a phone or computer tank your case.

For assistance for electronic-related crimes or any other criminal law matters, reach out to Appelman Law Firm today.