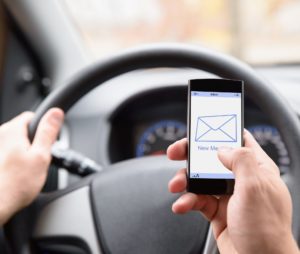 Despite warnings that extra enforcement would be on the road, nearly 1,000 Minnesotans were cited during the recent statewide distracted driving crackdown, which ran from April 11-17.

Like always, there were more than a few interesting citation stories. Here’s a look at some of the more bizarre traffic stops that occurred during the week-long crackdown:

According to police, 972 citations were issued during the week-long crackdown. Last year police handed out 909 citations during a similar campaign.

Minnesota Office of Traffic Safety Director Donna Berger urged motorists to put their phones away while driving in an effort “to stay safe and stay alive.”

“Multi-tasking is often praised in our society, but, behind the wheel, it can be a death sentence,” Berger said. “If you’re looking down at your phone, you may not see that car suddenly stopping ahead of you, that person biking along the side or that oncoming truck because you drifted across the center line.”

Here’s a look at the five police departments that handed out the most tickets during the distracted driving campaign. The first list is for texting while driving citations, and the second list is for seat belt violations.

Texting while driving violations don’t come cheap. The first ticket is only $50, but there’s also additional court fees tacked on to the fine. A subsequent violation is $225 plus court fees, so you can see that they add up in a hurry. If you were ticketed during the recent crackdown, contact a traffic ticket attorney today.