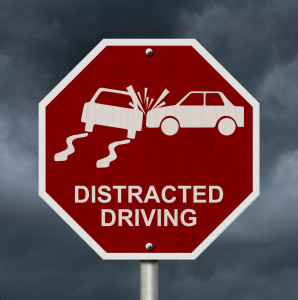 Police agencies across Minnesota will take part in a state-wide crackdown on texting while driving next week as part of a rejuvenated effort to cut down on distracted driving.

“It’s becoming all too common. People are dying or being injured on Minnesota roads because of a selfish choice to put their phone or other distractions ahead of the number one task, and that’s focusing and paying attention behind the wheel,” said Berger in a press conference on Wednesday. “Whether you’re on the highway or driving in your city or town, or simply a block away in your own neighborhood, law enforcement will be watching to see if distractions are putting you others in danger.”

A ticket for distracted driving in Minnesota doesn’t come cheap. A first violation will cost you $50 plus court costs, and a subsequent violation will be met with a $275 ticket plus administrative costs.

A distracted driving ticket may be costly, but the action itself can be much more costly. According to traffic data, 328 people were killed and another 1,138 were seriously injured in Minnesota between 2010 and 2014 because of distracted driving crashes. The Minnesota State Patrol hopes the announcement of the crackdown leads people to make smart decisions, but we’re not holding our breath. More than 900 drivers were cited during a similar campaign last year.