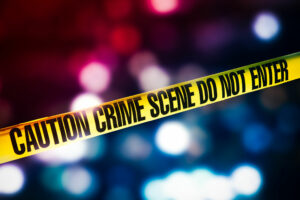 Homicides in St. Paul rose to numbers that we haven’t seen in more than two decades, but other types of violent crimes continued their recent decline in 2019. Homicides in the city reached a 25-year high, but 2019 represented the lowest overall violent crime numbers since at least 1995. He’s a look at how violent crimes shaped St. Paul in the most recent year.

The majority of the cases that we work are for non-violent offenses. Don’t get us wrong, we have plenty of experience handling assault, battery and domestic violence cases, but non-violent crimes are simply much more prevalent in our society (and that’s a good thing). More people are likely to speed, drive drunk or be found in possession of drugs than they are to beat up their neighbor or assault their spouse, but nonetheless, we always like to see how violent crime is affecting the area that we live and work in. Here’s a closer look at the violent crime numbers from St. Paul in 2019.

Perhaps most notably, violent crime – which the FBI classifies as incidents of murder, rape, robbery and aggravated assault – declined by 10 percent in St. Paul compared to 2018.

St. Paul Police Chief Todd Axtell said police made it a point to try and crack down on violent crime in the most recent year.

“We have to make difficult decisions about how to best deploy our limited resources,” said Axtell in a statement. “Last year we focused on the types of crime that hurt people the most, which helped us reduce aggravated assaults and rapes but may have come at a cost in terms of property crime.”

Looking at a larger data set, violent crime has actually declined more than 30 percent and property crime is down nearly 36 percent during since 1995. It’s great to see these numbers on the decline, but it’s also concerning to see homicides nearly double from the recent average. Hopefully police turn their attention to gun violence and homicides in 2020, but they’ve done a good job curbing overall violent crime of late.

If you’ve been a victim of violent crime or you’re facing serious criminal charges, reach out to the experienced team at Appelman Law Firm today for help.