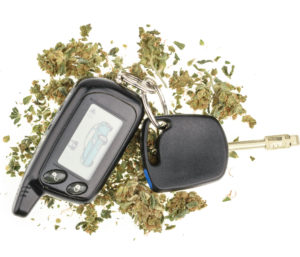 The Minnesota Supreme Court has upheld the decision of an appeal’s court that ruled that drugs found in a blood sample during a search for a person’s blood alcohol content can be admitted into evidence in the court of law.

We covered this story back in January when the appeal’s court first overturned a lower court’s decision. The case centered around Debra Fawcett, who was involved in a two-vehicle crash after running a red light in Blaine. She told officers said had “two or three” beers earlier in the evening, so the police officer on scene asked for a warrant to draw blood. A subsequent breath test did not detect any alcohol in her system, but officers were convinced that Fawcett displayed signs of intoxication after the crash.

The blood test eventually revealed that while Fawcett did not have any alcohol in her system, there was “a metabolite of tetrahydrocannabinol (THC) and Alprazolam at the time of the accident.” Fawcett was later charged with criminal vehicular operation.

A lower court sided with Fawcett’s attorney, who argued that the findings of drugs should be suppressed since the warrant stated that police were looking for the presence of alcohol. The lower court dismissed the charge, but the state appealed and the ruling was overturned by the Minnesota Court of Appeals. Fawcett then took her case to the Minnesota Supreme Court, which recently ruled in favor of the Appeal’s Court’s decision.

“Because it was ‘apparent’ to those officers that Fawcett was impaired, it was not unreasonable for the issuing judge to infer that Fawcett’s impairment may have been caused by alcohol, controlled substances, or some combination of the two. This is especially true when a warrant application ‘need not contain information providing certainty that the objects sought will be found as a result of the search.'”

She added that the search did not infringe Fawcett’s 4th Amendment rights.

“The search warrant in this case did not authorize general testing of Fawcett’s blood to determine her DNA, genome, or indicators of diseases because such testing would not have revealed any evidence of criminal vehicular operation/homicide.”

“I agree with the court that a search warrant that authorizes law enforcement to seize and test a person’s blood for intoxicants does not wipe out a person’s reasonable expectation that law enforcement will not test the blood sample for other purposes. But I disagree with the court’s conclusion that probable cause to search for alcohol in a driver’s blood necessarily provides the police with probable cause to search for drugs.

It is not clear how the court reaches this conclusion, other than the inferences it draws from the affidavit that lead it to conclude that the issuing judge must have found that there was probable cause to search for ‘intoxicants, whether alcohol, controlled substances, or a combination of alcohol and controlled substances.’

The affidavit did not describe any abnormal physical characteristics, comment on Fawcett’s ability to converse with the officers, or note any other behavior that would have given reason to believe that Fawcett was under the influence of another substance in addition to alcohol. To the contrary, two of the facts explicitly relied upon by this court—the smell of alcohol on Fawcett’s breath and the admission that she had been drinking prior to the accident — point exclusively to alcohol as the cause of the accident.

In fact, the affidavit specifically states that the “officers formed the belief” that Fawcett was “under the influence of alcohol” at the time of the collision.

Justice Gildea responded to Justice Stras’ dissent, stating that their decision “is based on specific facts, including the injuries, running of the red light, odor of alcohol, Fawcett’s admission that she had been drinking, and the officers’ belief that Fawcett was under the influence. Contrary to the dissent’s assertion, our analysis is neither speculative nor inconsistent with existing precedent.”

It’s certainly a gray area, and while the ends don’t just get to justify the means (after all, due process is the backbone of our court system), it’s clear that Fawcett made some poor decisions and could have taken some lives when she got behind the wheel with drugs in her system. I hope she gets the help she needs.