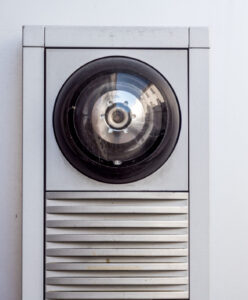 Arguably the biggest mistake the investors on the television show Shark Tank have ever made was passing on DoorBot, which eventually became the widely known Ring wireless doorbell system. Ring was acquired by Amazon for more than $1 billion back in 2018, and it’s continuing to prove to be a crucial part of many home security systems across the country. Now, the company is partnering with local police departments here in Minnesota to help solve crime, but others worry that the partnership brings with it some concerns over privacy.

Partnering agencies can request footage captured on Ring security devices from residents who live in jurisdictions where crime is being investigated. The footage requests are made through a software application, which ensures that police cannot target certain homes. Police must provide a descriptions of the incident, a case number and must ask for video from a specific time span. Once the request has been made, homeowners get an alert through their system’s mobile app. If they choose to accept the request, they can choose which recordings to share with police. If they deny the request, they also have the ability to opt out of future video requests. The street address and email information of the resident is only provided to police if the homeowner grants the request.

The Plymouth Police Department was the first department in Minnesota to partner with Ring, and some residents had reservations about the arrangement. However, a lot of that was likely due to what homeowners assumed police had access to view.

“People were thinking we had access to their cameras,” said Plymouth Police Detective Mike Passig.

So while it’s still in its infancy and has yet to be a valuable policing tool, it’s likely going to be helpful in certain cases in the future. And while we don’t love the Big Brother aspect of the device, it seems fairly straightforward to decline the request and opt out of future requests if you feel that your privacy could be invaded and abused. Just know that if you’re considering buying a Ring that you may eventually get a message from police!