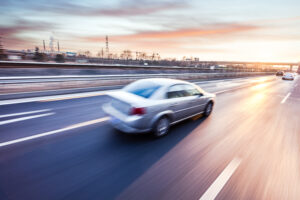 Although the coronavirus has kept a number of people from commuting to work, those who are still driving every day seem to be doing so at higher speeds, according to a report from the Minnesota Department of Public Safety’s Office of Traffic Safety.

The OTS believes that drivers are taking advantage of fewer cars on the road, meaning they believe they can safely travel at faster speeds. But as summer hits and COVID-19 restrictions are lifted, there will be more congestion on the road, and police want to ensure lead foot driving comes to a halt to help keep everyone safe. In hopes of doing this, Minnesota police have announced that numberous units will be conducting overtime shifts from June 22 through July 19 to catch speeders and remind them to slow down.

Excessive speeding has really become a problem on Minnesota’s roads. From April 1 to May 21, the Minnesota State Patrol announced that they pulled over 232 drivers traveling more than 100 miles an hour. Only 93 such drivers were pulled over for traveling at those speeds during the same time period last year, which marks a 149 percent increase.

The State Patrol also announced that is was mostly young and inexperienced drivers who were putting the pedal to the metal. Of the 232 drivers cited for going above 100 miles per hour, 179 of them were 30 years or younger. Not surprisingly, this has led to an increase in the number of fatal crashes compared to last year, even though a lot fewer people have been behind the wheel. Speed has already been cited as a preliminary factor in 36 motorist deaths in Minnesota this year, up from 27 at this time last year.

So if you’re packing up for a road trip or just heading into the office, make sure you mind your speed, because there will be extra law enforcement on the highways and city streets making sure that you aren’t putting other drivers or pedestrians at risk because of your speed. We’ve helped contest and win a number of speeding ticket citations in the past, including a fair share of excessive speed tickets, but we’d all agree that avoiding a ticket is better than fighting a charge in court. We’re here to help if you need us, and you can schedule a free citation review by clicking here or giving us a call at (952) 224-2277, but hopefully you pay attention to your speedometer and can avoid a ticket.