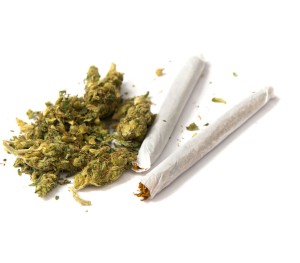 The Minneapolis City Council has been busy this week, and this time they are tasked with determining if possession of small amounts of marijuana should be considered a crime.

The current city ordinance states that someone caught in possession of less than 42.5 grams of marijuana can be charged and convicted of a misdemeanor offense, which carries the possibility of a $200 fine, jail time and a criminal record. The proposal suggests reducing a possession charge of that degree to a petty misdemeanor, similar to the current state law. The move would mean a person would still be subjected to a fine and court ordered counseling, but it would take away the possibility of jail time and it would allow them to keep a clean criminal record.

Minneapolis City Council member Jacob Frey, who is co-sponsoring the proposal, said the change would ensure people aren’t overly punished with a mark on their criminal record for such a small amount of marijuana.

“Crimes and permanent marks on your record should be reserved to matters that are really injurious to society,” Frey said. “And simply having a joint on your person is not that.”

Another reason the council is interested in changing the law is because of some curious findings when we examine arrests by race. According to a report by the American Civil Liberties Union, black citizens were nearly eight times more likely than whites to be arrested for marijuana possession.

“What we want to do it take away the ability to charge someone under the more serious city ordinance,” Frey said.

The council is set to vote on the proposal on Friday. Should the measure pass, the change would go into effect almost immediately.