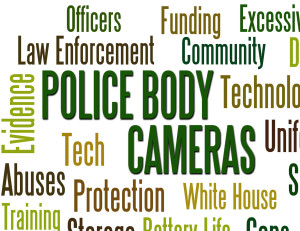 A subsection of the Minneapolis City Council has unanimously approved a five-year, $4 million contract with Taser International to outfit members of the city’s police force with body cameras and other recording equipment.

Under the contract, the city will receive 587 police body cameras and other essential accessories, like docking stations, taser storage, attachment clips and storage equipment for the recordings. The city will also get 300 new Tasers to replace their old models. The city will receive the order in two months, as Taser International is currently dealing with a bottleneck of orders from a variety of departments. Like Minneapolis, most of those cities received a recent federal grant to purchase the body cameras.

“We’re getting in line with places like Los Angeles, New York, Chicago,” said Deputy Chief Travis Glampe. “We understand the 60-day delay is going to be an industry standard right now. And we kind of knew that going into it.”

Glampe said the plan is to gradually roll out the cameras beginning in May, and Minneapolis hopes to have all its officers outfitted by the fall. The city plans to first outfit officers downtown in the 1st Precinct, and then they plan to outfit the 4th Precinct in north Minneapolis, where the most arrests in the city are made.

The council approved the contract after hearing about the success of the six-month pilot project involving three dozen Minneapolis officers. Deputy Chief Glampe told the council that the vast majority of officers didn’t want to give up the cameras at the end of the pilot project because they liked wearing them.

The contract still has a few hurdles to climb before it becomes official. Police are currently reviewing a policy that dictates when the cameras will be turned on and off, how long the video will be stored and who will have access to it, and that policy will soon be made public. Once the policy is available to the public, police need to get input from citizens and re-convene with a special committee. If the committee approves the policy, the contract will then be voted on by the full council for final approval.