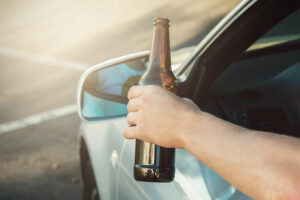 Drunk driving is a serious criminal offense, but is it considered a felony in Minnesota? In today’s blog, we take a closer look at how the crime of driving under the influence is penalized in Minnesota, and we explain how charges can quickly be upgraded based on different aggravating factors.

Crimes are classified into three different categories based on their nature and severity. If you are charged with a crime in Minnesota, you will either be charged with a:

Each one of those crimes carries its own maximum penalties. For example, a misdemeanor involves a maximum fine of $1,000 and a maximum of 90 days in jail (other conditions, like probation, substance abuse counseling, community service and driver’s license suspension may still be applied). For gross misdemeanors, those maximums bump up to $3,000 and a year in jail. Felony-level offenses carry different maximums, but needless to say, you can face more than a $3,000 fine and more than a year in jail if you are convicted of felony offense.

In Minnesota, a DUI can be charged as a misdemeanor, gross misdemeanor or felony offense depending on the circumstances. Here’s a closer look at each:

Gross Misdemeanor DUI – If your DUI involves one aggravating factor, or it’s your second offense within 10 years, you’ll likely be charged with third degree DUI, which is considered a gross misdemeanor. Aside from the potential penalties listed above, you may also face driver’s license revocation or license plate impoundment. It’s worth noting that a second degree DUI, which involves two aggravating factors, is also considered a gross misdemeanor offense, although punishments are typically harsher than a third degree DUI.

Felony DUI – Felony-level charges are reserved for a first degree DUI charge. This occurs when a person has three previous DUI charges within the last 10 years. For this type of DUI, you can face up to seven years in jail and fines up to $14,000. In most cases, a six month minimum jail sentence is ordered.

Most first-time DUI offenders will face misdemeanor or gross misdemeanor charges, but felony charges can still result if you end up injuring or killing another person while you’re driving drunk.

Even if a misdemeanor doesn’t seem like a big deal, you can still lose your license and see huge increases in your automobile insurance premiums, so don’t just plead guilty and assume you’ll get off with a slap on the wrist. Instead, talk with a defense lawyer, learn about your options, and make the best decision for you and your family. For more information, reach out to Avery and the team at Appelman Law Firm today.