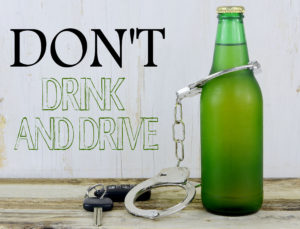 Reducing DUIs is a local, statewide and national goal here in the United States, but some states have been more successful at curbing the dangerous trend than others. Recently, a study by Siegfried & Jensen sought to determine which states had the biggest downturn in DUI arrests over the last 15 years. Below, we take a closer look at how successful Minnesota has been at preventing drunk driving, and we compare how our state stacks up to the rest of the US.

You can take a look at the national data by clicking here, but researchers determined the downward trend by tracking the number of fatal drunk driving accidents per 100,000 drivers in each state. They tracked each year, beginning in 2004 and ending in 2018. During that time, Minnesota saw a 39.3 percent drop in drunk driving-related traffic deaths. We averaged 5.1 per 100,000 in 2004 and saw that number decline to 3.1 in 2018. That percentage drop puts Minnesota at the 17th spot overall for biggest decline in DUI-related traffic fatalities over that time span.

It’s worth noting that the rankings were given based on the state’s drop in fatal alcohol-related crashes, not their overall rate. For example, Mississippi came in at 4th on the list with a 52.1 percent decline in drunk driving-related deaths, but their drop was from 16.5 to 7.9 per 100,000, which means you’re still more than twice as likely to die in a drunk driving-related automobile accident in Mississippi than in Minnesota, despite their rank on the list.

Other findings from the study include:

So while we’re trending in the right direction, we still have some work to do if we want our overall rate of DUI traffic deaths to crack the top five in the US. We’re in a good spot and better off than than majority of states, but until that rate drops to zero, there’s room for improvement.

For assistance with any of your DUI-related legal needs, reach out to the experienced legal team at Appelman Law Firm today.