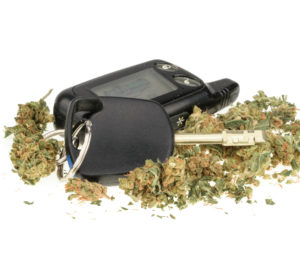 New data shows that the number of traffic deaths in which at least one driver tested positive for drugs has nearly doubled over the past decade. The findings are even more concerning when you consider that five states will soon be voting on whether or not they should legalize recreational marijuana.

As you’re probably aware, recreational marijuana use is already legal in Colorado, Washington, Oregon, Alaska and Washington D.C., and five more states are considering legalizing marijuana. Those states are Arizona, California, Maine, Massachusetts and Nevada, but the new drugged driving findings may impact those votes.

According to the National Highway Traffic Safety Administration, there has been a significant upswing in the number of drivers who have tested positive for illegal drugs and prescription medications. According to the NHTSA, 21 percent of the 31,166 fatal crashes in the United States last year involved at least one driver who tested positive for drugs, up from just 12 percent in 2005.

The biggest problem for police officers when it comes to getting drugged drivers off the road is that there is no roadside test available to test for the presence of illegal drugs. Unlike a breathalyzer, which can detect a person’s blood alcohol levels, drugged drivers are really only pulled off the road if they show visible signs of being under the influence.

The numbers seem to back up his assertion. In 2015, 12.4 percent of fatal crashes in Colorado involved a driver who tested positive for marijuana, up from 8.1 percent from 2013. The number of drivers involved in fatal crashes who tested positive for any type of drug hit a record high of 18.6 percent in Colorado in 2015, up from a low of 12.3 percent in 2012.

“As we see more people drive on the road with different controlled substances, whether they be illicit or prescription drugs, the risk is increasing,” said Tim Brown, co-author of the study.

However, drugged driving still isn’t as problematic as drunk drivers. Data from the NHTSA suggests that drunk driving played a factor in 30 percent of all fatal crashes in 2015.