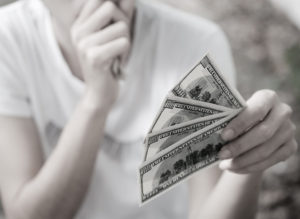 Sex trafficking isn’t just a problem during the lead up to the Super Bowl, and citizens and police officers around the area are doing their part to crack down on the crime.

Residents in Washington County are trying to spread awareness and do their part to combat sex trafficking by forming a group called Citizens Against Sex Trafficking (CAST). CAST is an auxiliary unit of the East Metro Human Trafficking Force, which is a partnership involving Washington County and other suburban law enforcement agencies. Each group has its own agenda:

Sex trafficking has grown in recent months, even though law enforcement officials are doing everything in their power to combat it. They recently busted rings in two separate Woodbury locations and in Mahtomedi.

The goal of the law enforcement-led task force is to go out and find sex traffickers, instead of waiting for complaints to arise. They believe this new approach will be beneficial because oftentimes victims of sex trafficking don’t come forward or identify themselves as victims. One member of the task force looks through online sex ads for potential victims, and she said she looked at nearly 100,000 ads in 2017, a 33 percent increase from last year.

CAST, which will have a fundraising event on January 28, plans to make presentations at local churches, schools and clubs to talk to the community about sex trafficking. Their goal is to help people understand why sex trafficking is an issue, what the public can do to help prevent it, and what they should do in the event they suspect someone is a victim of sex trafficking.

To find more information about an anti-human trafficking group in your area, check out the Minnesota Human Trafficking Task Force website.