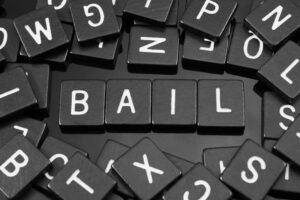 If you are arrested and charged with a crime, it is your constitutional right to post bail and be released from custody prior to your trial. Our state constitution holds this to be true, as it states that “all persons before conviction shall be bail able by sufficient sureties.” It might not come cheap, but Minnesota’s state constitution makes it illegal to hold a defendant in custody until trial without at least coming to grips with bail conditions.

This process begins pretty quickly after your are arrested. In Minnesota, a defendant’s custody status must be addressed by a judge within 48 hours of their arrest. This will include their bail amount, future court appearances, and any conditions to go along with their bail requirements. A judge is required to release a defendant without conditional bail requirements unless such release without requirements could endanger the public safety.

During this determination process, the judge will evaluate several factors, including but not limited to the charge, the severity of the alleged crime, the financial resources of the defendant, the defendant’s risk to themselves and the community and the likelihood that the defendant will appear in court at future dates.

After Bail Is Set

Once a bail amount has been set, the defendant has a few options for posting bail. They can:

If you hire a bail bond company, they typically require you to pay 10 percent of the total bail amount. This money will not be returned to you, regardless of the outcome of your case. If you or a family member post cash bail, you’ll get that money back if you show up to all court appearances and follow all the conditions imposed by the judge, even if you’re guilty.

However, if you fail to show up for even one court appearance, your bail amount will be forfeited and a warrant will be issued for your arrest. Similarly, if you are arrested again after posting bail while your case is pending, your bail amount will be forfeited. Finally, if you’re considering posting bail for someone, know that under state law, that bail payment becomes property of the defendant. So regardless of whether they are guilty or innocent, if they show up to all required appearances, that bail amount will become their property. Maybe they’ll pay you back, but know that the money won’t just be handed back to you, so know who you’re bailing out and the laws that govern bail money before you financially stake a friend or family member.

For more information about bail or the conditions that come with it, reach out to Avery and the team at Appelman Law Firm today.