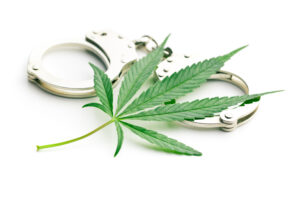 Arguing that the criminalization of recreational marijuana has unfairly targeted minorities since its inception, Democratic lawmakers proposed an adjusted bill that would set up the regulatory framework for the drug to be legalized in Minnesota. Lawmkaers noted that African Americans made up 30 percent of marijuana arrests in Minnesota despite making up only about 5 percent of the population.

“Black Minnesotans are more than five times more likely to be arrested for marijuana than those who are white,” said Rep. Rena Moran, DFL-St. Paul. “This is one of the worst disparities in the nation.”

While lawmakers hope the legalization would eliminate unjust targeting of minorities for the crime, they also noted that it could be a very large revenue stream for the state. More importantly, that revenue stream may soon start trickling out of state if Minnesota does nothing, because South Dakota just legalized recreational use of the drug.

“If people are willing to drive to Wisconsin in order to buy fireworks, they’re sure as heck going to drive to South Dakota to get cannabis,” said House Majority Leader Ryan Winkler.

What About My Previous Conviction?

When talking about the legalization of marijuana, the conversation often turns to how the state will handle past instances of arrest for the now-legal crime. Under the proposal rolled out on Monday, any person convicted of misdemeanor possession of marijuana in the past would automatically have their conviction expunged. Moreover, a special expungement review board would be created to examine previous felony marijuana possession cases.

The proposal appears to have some support from the other side, as Republican Rep. Pat Garofalo issued a statement saying he was looking forward to working with the other side to ensure the bill has the right framework.

“Members of all political parties should work together towards implementing a better regulatory model to address the expensive, inefficient, and unfair prohibition on marijuana,” Rep. Garofalo wrote. “Contrary to what some will say, this is not a partisan issue. Many Republicans are interested in reforming these expensive laws.”

Unlike other states, Minnesota doesn’t require vote to determine whether the issue will make it on the next ballot. All it takes is an act of legislature to put it on a ballot as a proposed constitutional amendment or as a direct change of law. So it’s certainly possible that the next time you vote, you’ll be voting on whether or not the state should legalize recreational marijuana.

For help with current marijuana laws or charges, reach out to Avery and the team at Appelman Law Firm today at (952) 224-2277.