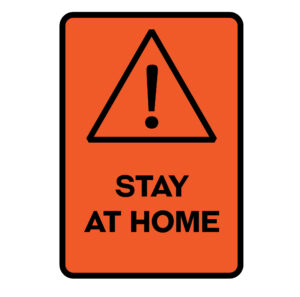 The Governor’s “stay at home” order is still in effect, but that doesn’t mean everyone is only leaving the house for essential services. Police have been ticketing individuals who have been found in direct violation of the order, and while citation numbers are still really low, one county is leading the way when it comes to total tickets. Below, we take a closer look at how stay at home violations stack up by county.

And The Winner Is…

As of Monday, Ramsey County is the clubhouse leader for the county in which the most stay at home violations were recorded. 14 citations have been issued in the second most populous county in the state. Dakota County comes in second with 10 stay at home violations, and Washington County is currently third with six violations. Hennepin County, the most populous county in the state, has issued five citations so far.

When it comes to issuing stay at home violations, police are really giving citizens a lot of leeway. Most encounters end with a recommendation to leave the area and abide by the order. In fact, citation data shows that stay at home violations are typically only administered in conjunction with another ticket. In the Ramsey County cases, the citations were issued alongside other tickets, including:

Another citation note shows that two people were cited on their way to the car wash. While that may sound innocent enough, the officer originally stopped the vehicle because it had the wrong license plates on it and the driver was uninsured.

At the end of the day, we don’t expect to have to take a stay at home citation to court. We’ll gladly work with you to put forth a defense and try our best to get the charges dropped, but it doesn’t seem that many people are actually being cited under the order. By the sound of it, you’ll probably be calling us about a different type of arrest, because police seem to be handling out tickets in conjunction with more serious violations.

Whatever you end up needing, we can provide you a solid defense. For more information or to set up a free case evaluation, click here or give our office a call at (952) 224-2277.