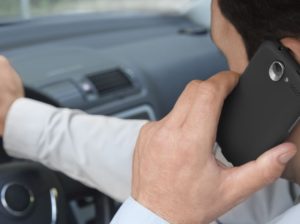 If you realize you are about to be pulled over, you probably won’t have time to pull up our blog and read up on what you should do next (although it doesn’t hurt to bookmark this page on your smartphone). You want advice from a lawyer before you talk to the cops, and you do have the right to talk with a lawyer during the traffic stop, but when is it appropriate or legal for you to contact your lawyer during a DUI stop? We explain when you can contact your DUI lawyer during a traffic stop in today’s blog.

Can I Call A Lawyer?

You are legally allowed to talk to professional counsel at some point during the traffic stop, but that doesn’t mean you get to call the lawyer as soon as you are pulled over and force the officer to wait until your conversation is over. However, the state also recognizes that individuals should be allowed to talk to a lawyer before they are arrested for DUI. That’s why the state allows an individual to contact a lawyer of their choosing when the traffic stop reaches what’s known as a “critical point.”

In other words, if they want to collect a blood, breath or urine sample, you are well within your rights to request to speak to your lawyer. The officer likely won’t be too pleased that you’ve exercised your given rights, but don’t be deterred. All you need to say is that you want to speak to your lawyer before you submit to a warrantless bodily sample collection until you’ve been advised if doing so is in your best interest.

You will be given a short but reasonable amount of time to contact a lawyer, so again it pays to have a page bookmarked on your phone or their phone number handy (952) 224-2277. During this conversation, quickly explain the situation and then listen to what the lawyer has to say. They likely won’t always speak in absolutes. In other words, they probably won’t say you absolutely should or shouldn’t submit to testing, but they will cover the consequences of each and provide a recommendation or a path you’ll want to pursue based on how you’d like to defend yourself against the charges in the event you are arrested and charged.

So remember, you are legally allowed to talk to a lawyer during a DUI traffic stop, but only when the investigation reaches a critical stage. Don’t be afraid to ask for this counsel and express your rights if there is pushback from the police. And as always, we hope you’l call Avery and the team at Appelman Law Firm if you need legal assistance. (952) 224-2277.