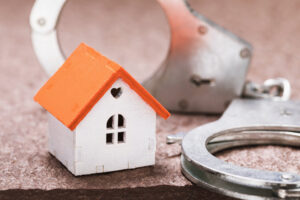 House arrest or home confinement is a somewhat common alternative sentencing option for the right type of criminal offender. It’s ideal for the defendant because it allows them to finish part of their sentence from the comfort of their home, and it’s helpful for the courts because it takes pressure off the jail system and saves costs associated with housing an inmate. Oftentimes it’s viewed as a win-win, but it’s not as simple as it’s oftentimes portrayed on television. In today’s blog, we explain everything you ought to know about house arrest in Minnesota.

The Basics Of House Arrest In Minnesota

If you’re facing jail time for certain low-level or non-violent crimes, you may be able to serve part or all of your potential jail sentence from your home. This means you won’t be around other inmates, you will be able to sleep in your bed, and you’ll be able to do other things like make phone calls or use your computer at will, which you wouldn’t be able to in jail. It may seem like the luxurious way serve your sentence, but it’s far from a cakewalk. Here’s what you’ll want to know about house arrest in Minnesota.

You’re Monitored – In order to ensure you are where you say you are, you’ll have to wear an ankle monitor or similar tracing device. If it shows that you have left your home or are not where you’re supposed to be, it can trigger a violation of your home confinement agreement and lead to a jail sentence or other consequences. You’re not going to be able to fool your parole officer by checking in at certain times, because all of your movements will be recorded.

You Can Leave – Even though you’re on house arrest, you can still leave your home if allowed by your agreement. However, you’ll only be able to leave for specific activities, like work, church or to attend substance abuse counseling. You’re not going to be able to go anywhere you want during this time. You may be given a very small amount of free time each week for things like doctor’s appointments or getting groceries, but you will not be granted additional time outside the house if you don’t take care of these regular duties as expected during the week.

It Can Get Expensive – There are costs associated with the monitoring equipment and data transmission, and guess who has to pick up that tab? You! You can expect weekly or monthly fees for the equipment, and you may have to pay fees in order to be eligible to leave your house for a work program, so the costs can add up in a hurry. A home monitoring program can cost thousands of dollars, but that can be better than going to jail and losing your job.

You’ll Serve The Full Sentence – You can earn time off your sentence when you’re in jail for good behavior. These time credits are not available if you’re under house arrest, meaning you’ll have to serve the full sentence.

You Can Serve House Arrest Before Trial – If you are charged with a crime and post bail, part of the bail agreement may require that you serve home confinement. This is often done if there is a reason to suspect that the individual may be a flight risk.

To learn more about home confinement, or to see if it may be an option for your criminal case, reach out to Avery and the team at Appelman Law Firm today.