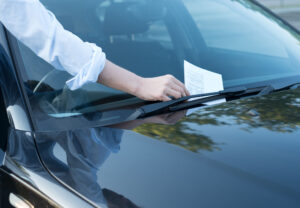 A traffic ticket can ruin your day, but neglecting to contest the citation or pay the fine in a timely manner can cause a whole new set of problems. But what exactly can happen to you if you opt not to pay those fines? In today’s blog, we take a look at the consequences you can face if you have unpaid traffic tickets in Minnesota.

Non-moving violations are for actions like parking in a no parking or loading zone, or any parking action that goes against state or local parking regulations. These non-moving violations do not go on your driving record, and they tend to carry a much smaller fine.

While moving and non-moving violations may look a little different based on the citation and where you receive it, they all should have the following information:

What Happens If I Don’t Pay?

You may not agree with the ticket, but that certainly doesn’t mean that you should just ignore it, because that won’t do anything to help your case. In many instances, if you choose to do nothing, you’ll be considered guilty once the deadline passes, and in some cases, the fine amount will increase when this happens. This is how a minor traffic infraction can lead to major fines in a hurry.

Aside from fines, some traffic tickets can also really serve to complicate your life. If you fail to pay fines associated with a drunk driving or other serious charge, you can end up facing jail time. For lesser moving and non-moving violations, you won’t be arrested and thrown in jail, but you can receive subsequent fines or have your driver’s license suspended or revoked. Your vehicle can also be impounded for unpaid tickets, and you may notice that your insurance premiums increase.

With that said, Minnesota lawmakers are currently trying to make some changes to the potential penalties associated with unpaid tickets. Levying additional fines, license restrictions and even jail time on offenders who are unable to pay disproportionately affects poorer individuals. Current legislation with bipartisan support would eliminate driver’s license suspensions for a wide range of minor offenses, including:

The bill would also prohibit license suspensions in instances where the person has been found driving after a previous suspension. We’ll keep our eyes on HF 336 as lawmakers consider making these changes and provide an update when we know more.

For more information about unpaid traffic tickets, or to work with a law firm to contest a ticket or take care of unpaid citations, reach out to Avery and the team at Appelman Law Firm today.