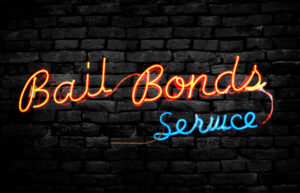 If you have been arrested and charged with a crime, a judge may set a bail amount that would allow you to be released from jail as you await your trial. Judges typically do not even set a bail amount for smaller misdemeanor crimes, but for more violent cases or in situations where the defendant is a flight risk, a bail amount could be set for the case. But what if you can’t afford the bail amount that has been posted? Do you just have to sit in jail for weeks or months until trial? We explain your options if you can’t afford bail in today’s blog.

You may have heard cases on the news or read in the paper about cases where the judge has set bail at a very high amount. We’ve seen instances where bail is anywhere from $10,000 to $500,000 or more, and that specific amount depends on a number of factors related to the case. So what are you options if you end up charged with a crime and the judge posts bail at a high amount?

Let’s say bail has been set in your case at $10,000. Your first option is to pay $10,000. Now, that isn’t just lost money that you’ll never see again. If you go to all of your court appearances, you’ll get all that money back, regardless of the outcome of your case, minus any assessed court costs and fees.

However, lets say you don’t just have $10,000 lying around, do you just have to sit in jail? In these instances, you can connect with a bail bondsman. A bondsman takes a small fee and posts the bail amount on your behalf. Typically, they charge 10 percent of the bail amount, so in this instance, you’d pay the bondsman $1,000, and they would bail you out of jail. It’s worth noting that the bond company keeps this $1,000, regardless of your case outcome, but it will allow you to be released from jail ahead of trial, which can help you maintain employment or keep your household running smoothly. For many people, paying a bond agent is worth the price.

If paying any amount is likely to cause financial trouble, you can work with your lawyer and see if they can convince the judge to allow you to be granted conditional release. This will allow you to be released from jail ahead of trial as long as you meet certain conditions, like staying at your house with monitoring or completing weekly alcohol or drug testing. This will be reserved for less serious offenders, but it’s worth pursuing if posting bail would cause significant problems for the defendant.

Finally, it’s also worth noting that many bail bond companies will offer payment plans if you cannot come up with the full 10 percent at once, or they will accept payment via credit card so you can pay the fee off over time. You have more options than you likely realize, and a lawyer can help explain your options if you need assistance. For more information or for help with your criminal case, reach out to Avery and the team at Appelman Law Firm today.