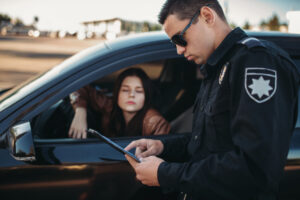 Your Three Options After A Traffic Ticket

A traffic ticket can cause unforeseen headaches if you’re not aware of the potential repercussions of being found guilty of the infraction. Sometimes you’ll only need to pay a fine, but other times a citation can result in the loss of your driver’s license or major automobile insurance premium increases, so don’t assume that paying the fine is the end of your problems. You need to understand what’s at stake to make an informed decision on how you’ll want to proceed. With that in mind, here’s a look at your three options after you receive a traffic ticket.

Option 1 – Pay The Fine (Guilty) – Oftentimes the easiest option is to just pay the fine that is listed on the citation. If you pay the fine, the court views this as an admission of guilt, so while paying off a fine clears an outstanding debt, it also means that you will be considered guilty of the crime listed on the citation. In the majority of cases, this is not the advised route to pursue, and we’ll touch on why that’s the case below.

Option 2 – Request A Mitigation Hearing (Guilty) – A mitigation hearing allows you to petition the court for leniency because the fine imposed by the citation places an excessive burden on you. You will not be arguing that you are innocent of the charges at this hearing, rather, you’ll be asking for leniency from the proposed penalties. In other words, you’ll be considered guilty, but you may be able to have your fine reduced, be allowed to set up a payment plan or be able to complete community service in lieu of a fine. This is better than the first method, but again, know that the court system will reflect that you are guilty of the offense.

Option 3 – Request A Formal Hearing (Not Guilty) – By requesting a formal or contested hearing, you are telling the court that you would like to enter a plea of not guilty. You’ll go to traffic court and argue your case before a judge, who will then render a verdict. You can still be found guilty if you pursue this route, but you can also be found not guilty or receive a reduced fine, so you have nothing to lose and everything to gain by contesting your citation in court.

To give yourself the best chance to win your case in court, you’ll want to consider consulting with an attorney. A lawyer can go over the basics of your case, request a contested hearing and discovery on your behalf, argue your case in court and even negotiate with the prosecution to have the charges reduced or dropped before trial. Your best bet to win your case is to hire a lawyer and go with option three, but even if you decide to go it alone, you’ve got nothing to lose by contesting your citation in court.

Only five percent of people contest their citation, leaving millions of dollars on the table each year. Fight back by contesting your citation, or let the attorneys at Appelman Law Firm do it for you. For more information or for a free traffic ticket case review, give our team a call today at (952) 224-2277.