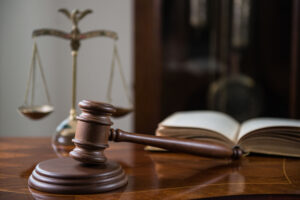 Most people know that you don’t have to successfully pull off a criminal endeavor in order to be charged with the crime. For example, you can be charged with attempted murder for trying and failing to take someone’s life, and the same thought process applies to less serious crimes. You can be charged with shoplifting for walking out of the store with unpaid goods, even if you don’t get away with the items, or you can face battery charges for threatening to hurt someone without following through with the act.

While these actions constitute the failed attempt of a criminal action, there is also a term for planning the execution of a criminal offense. That action is called conspiracy, and similar to the examples we laid out above, you can be charged with conspiracy even if you fail to carry out the act you were conspiring to perform in the first place. Below, we take a closer look at how conspiracy charges are handled in Minnesota.

Here’s what Minnesota has to say about the crime of conspiracy.

In other words, if you plan, prep or take any action that furthers the process of committing a criminal act, you can be charged with criminal conspiracy. For example, if a friend wants to vandalize some walls at their high school and gives you money to go buy spray paint, you can can be charged with criminal conspiracy if you buy the spray paint but your plan becomes public knowledge before the act can be committed. In essence, any actions that move you closer to the commission of a crime are grounds for a conspiracy charge.

How the crime is punished depends on a couple of different factors:

If you or someone you know has been charged with conspiracy to commit a crime, talk to a lawyer, because potential penalties can be severe. At Appelman Law Firm, we offer a free case review to help you understand your options and make the best choice for your case. For more information, or to set up that meeting, click here or give us a call at (952) 224-2277.