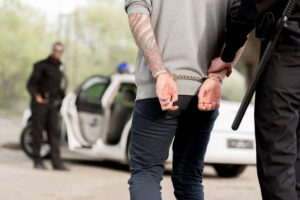 Kidnapping is oftentimes used as a catch-all term to describe the act of taking a person against their will. However, when someone is taken against their will and the perpetrator is caught, the police will often charge the person with additional crimes like abduction and false imprisonment. So in today’s blog, we hope to give a little more information about each of these charges and explain the subtle differences between kidnapping, abduction and false imprisonment.

Let’s start with the definitions of each of the above terms:

Minnesota law defines kidnapping as the act of moving another person from one place another, or the act of confining an individual without their consent or the consent of their legal guardian if the victim is under the age of 16. Additionally, the offender must have moved or confined the individual for one or more of the following reasons:

Abduction is very similar to kidnapping, but generally not as severe. This occurs when a person is taken from their location through persuasion or with force, and typically does not involve violence. The intent is not as clear as it is in the kidnapping statute, and it serves as a way to charge an individual for an act in which the intent may not be easy to identify or prove in court.

Intentional Restraint – This occurs when a personal knowingly or intentionally restrains someone else’s child under the age of 18 without the consent of their legal guardian, and the individual must know they lack the authority to do so at the time of the alleged crime.

Unreasonable Restraint of a Child – This occurs when a parent or legal guardian intentionally subjects a child under their care to unreasonable restraint or physical confinement for an excessive period of time.

In many instances, a person isn’t going to be charged with just one of the following crimes. In a standard kidnapping like you might see in the movies, a criminal would likely be charged with all three of the above crimes. Or in instances like where a parent locks a child in a closet for an extended period of time, they would likely face additional child abuse charges alongside a false imprisonment charge.

If you or someone you know has been charged with one of the above crimes, it’s in your best interest to talk to a lawyer. These charges and the potential penalties are severe, so you need to put forward a strong defense. Avery and the team at Appelman Law Firm can help you do that no matter what charges you’re facing.