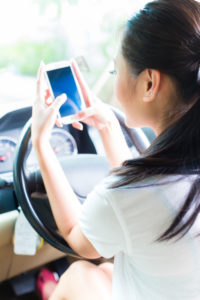 Distracted driving accounts for at least 25 percent of automobile accidents in the United States, but more people continue to drive while distracted, according to the latest statistics from the Minnesota Department of Public Safety.

If the trend continues, and honestly why shouldn’t we expect it to, it appears that police may write more than 10,000 citations for texting while driving in 2019.

If you are pulled over, don’t expect police to let you off with a warning. A first offense citation for texting while driving is $50, but that can jump to triple digits when other court fees are assessed. Subsequent offenses increase to $225, and now there’s a push by lawmakers to allow police to confiscate the cell phone device after a certain number of citations. Don’t lose your property and your hard earned money because you decided to text behind the wheel.

We’ve handled a lot of texting while driving cases, and we seem to be getting more of these types of cases every day. You may not think that’s it’s a big deal and opt to pay the fine, but aside from these cases often being difficult to prove from a police officer’s standpoint, they can also have long-ranging consequences in the form of potential license restrictions and significant car insurance premium increases. Don’t just pay the fine and assume that’s the end of it. Consider challenging the case.

We understand that nobody wants to pay more for a lawyer than the fine amount they are being charged with, but remember that most tickets have hidden costs and consequences. At a minimum, do yourself a favor and set up a consultation with a lawyer at our firm. This service is free of charge and requires no obligation on your part. We’ll be open and honest with you during this meeting, and if we feel like you’d be better off contesting it on your own or paying the fine, we’ll say so. But if we think we can win the case and it’s worth your time, we’ll ask that you consider letting us fight on your behalf. To set up that free strategy session, give us a call at (952) 224-2277. Whether it’s for texting while driving or some other crime, we’re happy to help.