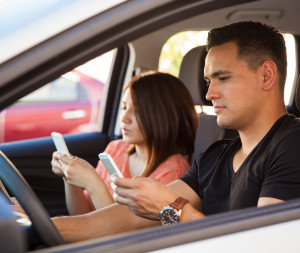 Drivers who text behind the wheel may find it more difficult to avoid a ticket as the Minnesota State Patrol has stepped up their game.

The Minnesota State Patrol announced that they have added five new unmarked patrol cars to their arsenal that will hit the road today with a special goal of catching distracted drivers who text and drive. The State Patrol knows that drivers put their phones down when they spot a police officer, but they hope these unmarked cars will be able to catch more drivers in the act, or at least remind drivers that even unmarked cars can catch them texting and driving.

The State Patrol said they believe the unmarked police cars will help save lives by reducing the number of distracted drivers on the road. Distracted driving is the leading cause of car crashes across Minnesota.

“Each year in Minnesota, distracted or inattentive driving is a factor in one in four crashes, resulting in at least 70 deaths and 350 serious injuries,” said the Minnesota Department of Public Safety Office of Traffic Safety. “OTS estimates these numbers are vastly underreported due to law enforcement’s challenge in determining distraction as a crash factor.”

Police also want citizens to know that playing with your phone, even if you’re not texting, can be a violation. Reading texts, sending emails, checking Facebook or surfing the web are all illegal when you’re driving, even if you’re stopped at a red light. Drivers caught texting and driving are subject to a $50 fine for a first offense, while repeat offenders are hit with a $275 fine. That citation can also be upgraded to a felony should you hurt or kill someone while texting and driving.

The State Patrol announced the unmarked vehicles will begin their patrols in Mankato, Marshall, Brainerd and the East and West metro Twin Cities.