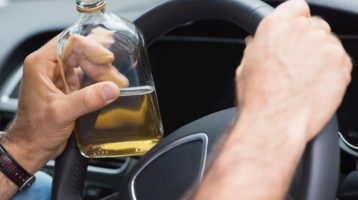 More than 18,000 Minnesotans have been arrested and charged with driving while impaired in 2018, and that number steadily grew during the recent DUI crackdown, which ran from August 17 through September 2. According to the Minnesota Department of Public Safety’s Office of Traffic Safety’s twitter page, there have been 18,568 DUI arrests in Minnesota […]

When people began running red lights, city officials installed red light cameras to catch suspects and issue tickets without being on scene.  Could a similar system soon be in place to prevent bus-arm violations in Minnesota? While such measures have yet to be seriously considered in the state, bus cameras are becoming more popular across […]

Now that the winter weather has (hopefully) subsided for the year in Minnesota, many motorists are getting their motorcycles and convertibles out of storage and onto the highway.  Although better road conditions make it easier for a person to handle a vehicle at high speeds, it means more police officers will be out surveying the […]

In today’s fast paced world, it’s not surprising that more people speed while driving than those who follow the posted limits.