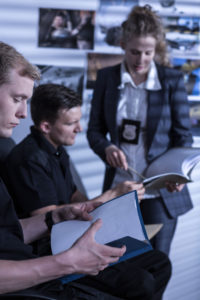 St. Paul police have announced that they plan to make a couple changes to the commission that reviews claims of police misconduct in order to heighten the commission’s credibility.

“We need to have a process that has the confidence of both our community members and our police officers,” said Mayor Chris Coleman at a news conference Tuesday.

However, other groups are leery about the proposed changes. Leaders at the St. Paul Police Federation and the local NAACP expressed doubts that the changes will have the intended effect.

If the proposed changes are granted approval, here’s what would change with the commission:

Grumblings over the fairness of the commission came to a boiling point after the commission exonerated two officers who used a Taser on a man in the skyway lounge in 2014. Critics called the commission “an extension of the police department” with a large “credibility gap in some of the outcomes,” said City Attorney Sammy Clark. So while the proposed changes are a step in the right direction, many still feel the commission isn’t doing enough to ensure transparency and fairness throughout the process. The main concern is that police officers are still on the commission panel.

However, Clark said that removing police entirely from the commission would shift the balance of power too far in the opposite direction.

“We cannot swing the process too far in one direction,” Clark said.

The St. Paul City Council is scheduled to hold a public hearing on all the proposed changes on November 16, and the final vote could come by the end of the month.