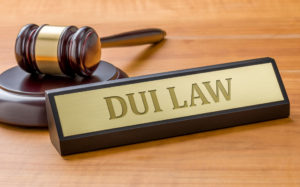 That’s the short answer. Yes, you should absolutely challenge your DUI charge in court. You can stop reading right now and know that if you ever find yourself facing DUI charges that it is in your best interest to take the case to court. But if you want to understand why it’s such a smart decision, and some tips for earning a more favorable outcome in court, keep reading. Below, we explain why you should always challenge your DUI charge in court.

Why Challenge Your Arrest In Court?

1. Nothing To Lose – For starters, you have nothing to lose and everything to gain by going to court. You’re not going to get a worse outcome by going to court and losing as opposed to simply pleading guilty from the start. You’re never going to earn a favorable outcome if you plead guilty, but you certainly can if you challenge your case in court. You have nothing to lose and a lot to gain by taking your case to court, or at least showing the prosecution that you’re willing to do so.

2. DUI Evidence Is Oftentimes Weak – The evidence that police will use to make their case against you is oftentimes pretty weak. They hope you’ll admit to drinking and driving and use breath test results to attempt to make their case, even though these tests are not always accurate. If you don’t give them much to work with during the traffic stop, they are going to have a hard time earning a conviction, so don’t assume that you’re going up against an air tight case.

3. You Can Typically Work A Plea Deal – Even if the odds seem stacked against you, odds are the prosecution will be willing to make a deal. Getting a plea deal done means that their caseload gets lighter, so they have something to gain by wrapping up your case as well. If you don’t have much of a criminal record, the prosecution will likely allow you to avoid a worse case scenario by negotiating a deal.

4. There’s More To It Than Just BAC – There’s a lot more that goes into a conviction than just looking at a person’s BAC. The traffic stop and the interaction also needs to be conducted by the book, and if there are any due process violations along the way, the whole case can be thrown out. Don’t just assume that you tested over the legal limit so there’s no point in going to court.

5. You Can Win – Don’t forget, you can absolutely win and have your case dismissed in court. To achieve the best possible outcome for your case, you need to challenge it in court. The best way to win your case is with an experienced lawyer by your side. If you’d like Avery and the team at Appelman Law Firm to show you why taking your DUI case to court will be in your best interest, give our team a call today at (952) 224-2277.