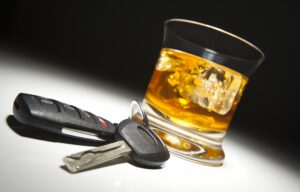 Despite our best efforts to warn drivers that police would be out in full force looking for intoxicated drivers, it appears that plenty of Minnesotans still made the decision to get behind the wheel after drinking over the Fourth of July holiday weekend.

According to the Minnesota Department of Public Safety Office of Traffic Safety (OTS), 367 drivers were arrested on suspicion of driving while intoxicated over the Fourth of July holiday weekend. That’s 16 more drivers than over the same stretch in 2020, and 122 more than in 2019. In all, that brings the total number of DWI arrests in Minnesota to 12,118 in 2021, putting the state on pace to pass last year’s number which was north of 21,000.

If you or someone you know was arrested over the July 4th weekend or ended up with a DWI over this past weekend, have them read this link about five things you should do quickly after a DWI arrest. It could make all the difference in how your case plays out. And if you need help with your DWI defense, pick up the phone and give Avery and the team at Appelman Law Firm a call today at (952) 224-2277. We offer a free strategy sessions where you can sit down with a lawyer, go over all you options and figure out the best moves for your situation. Call us today to set that up.

We also learned of a recent DWI arrest in Eden Prairie that made us do a double take. According to the Eden Prairie Police Department, two people were arrested for DWI in a single traffic stop back in April.

According to the officer who conducted the arrests, he spotted a vehicle speeding on Highway 62 that eventually rolled through a red traffic light. As the officer attempted to conduct a traffic stop, he noticed that the vehicle significantly slowed down and witnessed the driver and passenger swap seats. The new driver then stopped the vehicle and waited for the officer to conduct the stop.

The officer noticed that both the new driver and new passenger had bloodshot, watery eyes and smelled of alcohol. The officer asked both parties to take a breathalyzer test. The initial driver blew a 0.24, while the new driver blew a 0.15. After telling the occupants that he witnessed the switcheroo, he placed both of them under arrest for suspicion of driving while intoxicated.

After running their information, the officer uncovered that the original driver had three previous DWI arrests within the last 10 years, meaning the newest charge would be a felony. The driver was likely aware that he was facing stiff penalties, which is why he tried to have his passenger take the fall. But because of their actions, now both occupants must head to court on separate DWI charges. If they need legal help, they know where to find us – (952) 224-2277.