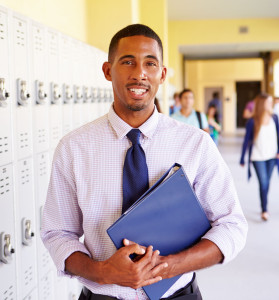 Police are trained to use reasonable force when detaining a suspect, and similar guidelines are now being applied across many Minnesota schools.

Under Minnesota law, school staff are allowed “reasonable force” to prevent or end an altercation, but only if the threat of “bodily harm or death” exists. Gary Lee, director of member services for the Minnesota School Boards Association, said the law really boils down to teachers using their best judgment to protect individuals from harm

“They are going to do whatever they can to keep as many people safe as possible,” Lee said.

The state law has received more attention in the wake of the recent incident at St. Paul Central High School. Last Friday, teacher John Ekblad attempted to break up a fight in the lunch room when one of the students turned his attention towards Ekblad. The teacher suffered a concussion and traumatic brain injury after he was slammed against a wall and choked unconscious. He was hospitalized with his injuries, and another administrator was also injured in the fracas. The student was later arrested and charged with assault.

Incidents on the Rise

Discipline and intervention techniques have become important topics in school district meetings as instances of student discipline have been on the rise over the last few years. According to school data there were 4,130 instances of school discipline during the 2011-12 school year, and that number jumped to 5,130 during the 2013-2014 school year. Another set of data showed that 6.5 percent of Minnesota teachers – roughly 1 in 15 – reported being physically attacked on the job in 2011, the last year data was made available. That’s about 1 percent more than the national average, and 2 percent higher than the numbers from 1994.

Union leaders continue to stress teacher safety and clearer discipline guidelines as the St. Paul Federation of Teachers negotiates a new contract with the school district. A recent teacher union survey found that teachers suggested they would be willing to strike if the district did not do more about discipline and teacher safety.

In the end, just like police, teachers should use their best judgment when it comes to breaking up an altercation. It’s a lot to process in the heat of the moment, but they should they to strike a balance between protecting students and avoiding putting themselves in harm’s way. Perhaps, like Minnesota police have done recently, teachers should receive extra training on proper deescalation techniques.