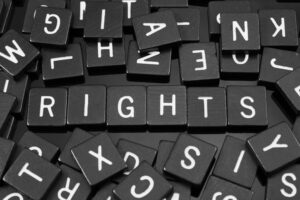 Most people have heard of the Miranda rights and know that police need to read them to a suspect at some point during an arrest or interrogation. However, most people don’t have a thorough understanding of the law, which is why we often hear the question “The cops didn’t read me my Miranda rights, can we get the charges dropped?” Below, we explain when you might have legal grounds to contest charges if police never read you your Miranda rights in Minnesota.

When Do Police Need To Read Your Miranda Rights

Police legally need to read you your Miranda rights if you are in custody or subject to a police interrogation, but these situations aren’t black and white either. In general, someone is considered in custody if:

On the flip side, these factors mean you’re likely not in custody:

Even if you meet one or more of either factors, it doesn’t mean you’re 100 percent in the clear. Courts will use the totality of the circumstances to determine if your rights were infringed upon by not reading you your Miranda rights.

As for whether or not you’re being interrogated, that too is open for interpretation. You can confess to a crime with or without questioning and you may not need to have heard your Miranda rights. However, if the precedent set in Rhode Island vs. Innis was met, you may have a case. That case determined that a person would need to hear their Miranda rights if any words are spoken or actions are taken on the part of the police (other than those standard to an arrest and custody) that the police should know are reasonably likely to elicit an incriminating response from the suspect.

Minnesota also added to that standard in State v. Thompson, which held that “an interrogation is custodial if, based on all the surrounding circumstances, ‘a reasonable person under the circumstances would believe that he or she was in police custody of the degree associated with formal arrest.’”

It’s also worth noting that just because police don’t read you your Miranda rights, doesn’t mean all charges will dropped. Even if the judge rules that the police were incorrect in forgoing the reading of your Miranda rights, the judge will likely only suppress all evidence and statements that come after the point at which your rights should have been read. That’s good for your case, but it’s not a Get Out Of Jail Free Card. The prosecution may still move forward with their case if they feel like they have enough evidence.

If you think your rights were violated because police didn’t read your Miranda rights, or there was another break in protocol, contact Avery Appelman and the team at Appelman Law Firm today to see what we can do for you.