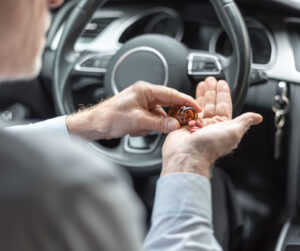 30 years ago, driving under the influence of illegal drugs wasn’t really an issue here in Minnesota. While more people certainly did it than those who got caught, statistics show that three decades ago, Minnesota reported just five cases in which a motorist was convicted or had their license revoked for drugged driving. In 2018, there were nearly 2,000 such cases, and officials only expect that number to increase in the wake of the opioid crisis and the legalization of medical marijuana in Minnesota.

Minnesota legislators are also talking about the prospect of legalizing marijuana on a recreational level. 11 states have already done so, including nearby states like Illinois and Michigan, but this legalization also comes with many potential issues, the main being how can police prevent people from driving high and catch those who do so. It’s a problem Washington is currently still working through. That state legalized recreational marijuana in 2012, and in the five years before legalization, researchers found that 8 percent of drivers involved in fatal crashes tested positive for THC. In the five years that followed legalization, that number jumped to 18 percent.

Getting Ahead Of Drugged Driving

Even though Minnesota has yet to legalize recreational marijuana, police are still trying to get ahead of the problem and prevent drugged driving accidents. Last week, law enforcement and traffic officials met in St. Paul to discuss ways to combat drugged driving. The state has also allocated more funds to beef up its educational programs, and Minnesota has heavily invested in training drug recognition experts to help identify and build cases against those who drive under the influence of drugs.

The state is also working towards a better way to conduct roadside tests to prove someone is driving under the influence of drugs. There is no standard roadside testing device for drugs like a breathalyzer measures for alcohol, but that doesn’t mean it’s easy to get away with driving high. Police officers are getting better at spotting signs of impairment, and if they suspect something is up, they can place you under arrest and get a warrant for a blood or urine sample. These tests are reliable and can back up the officer’s claims, making it harder for you to beat the charges levied against you.

At the end of the day, never get behind the wheel if you have taken illegal drugs or certain prescription drugs, because you can still get a DUI even if you are legally taking a prescription drug if it impacts your ability to drive safely. If you make a mistake, know that the potential penalties will be severe, and your best bet is to have an experienced criminal law firm to assist with your case. We’ve done it for countless clients before, and we can do the same for you. To learn more about how we can help, set up a free case review by clicking here and filling out the contact information.