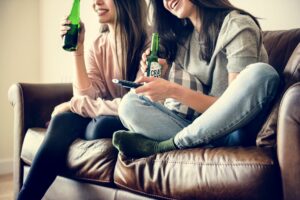 The legal drinking age across the United States is 21 years old, but that doesn’t stop young adults and teens from trying to get their hands on alcohol before they come of age. Even though possession of alcohol by an underage person may seem like a minor charge, it can have more consequences than originally thought. Below, we take a closer look at how Minnesota penalizes the crime and how to fight the charges.

Under Minnesota law, possession of alcohol by a minor is considered a misdemeanor offense, which is punishable by up to 90 days in jail and fines up to $1,000. It’s unlikely that you’ll spend time in jail for this crime, but it’s not out of the realm of possibilities.

Other criminal and related penalties include:

As you can see, this “minor” crime can have long-reaching effects. If you or your child has been charged with underage possession by a minor, don’t just plead guilty and try to keep the crime under wraps, because it’s going to come out and you’ll wish you would have challenged it. Let us fight on your behalf and help you avoid some long-term consequences.

Exceptions to The Law

There are two exceptions on the books that allows minors to be in possession of alcohol in Minnesota.

1. A minor may be in possession of alcohol with the permission of a parent or legal guardian, and only in the privacy of that parent or guardian’s home. This does not extend to other minors, even if their parents allow the possession to happen. Parents can also be held liable for crimes their minors commit while under the influence of alcohol.

2. A minor may buy or attempt to buy alcohol if it is being purchased for education, research or training purposes while under the supervision of a responsible of-age adult, and with prior notification to the state agency that licenses the sale.

Finally, it’s also worth noting that Minnesota has a zero tolerance policy when it comes to underage individuals getting behind the wheel after they’ve had any amount of alcohol. Minnesota’s “Not a Drop” law says that anyone under the age of 21 may not operate a vehicle for any reason with alcohol in their system. Even if as a parent, you give your child permission to drink a beer and they are under the 0.08 legal limit for adults, they can still be charged with underage DUI if they get behind the wheel with alcohol in their system. Not knowing this distinction will not get you out of an underage DUI, so let your child know that they should never get behind the wheel if they’ve had any amount of alcohol.

If you or your loved one are facing a minor in possession citation or a more serious underage DUI charge, please reach out to Appelman Law Firm to learn what we can do for you. We offer free case evaluations, and you can set that up by clicking here or by calling us at (952) 224-2277.