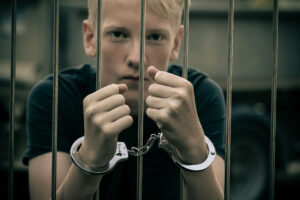 Every so often we get a phone call that begins with some form of the blog title. A parent calls us saying that their child has been arrested and they don’t know what they should do next. Hearing that your son has had an encounter with police can bring a mix of emotions, but it’s important that you sort through these feelings and make the best moves in the wake of an arrest. We explain how to do that and what you should do if you learn your son has been arrested in today’s blog.

My Son Was Arrested

Don’t let the blog title or the above headline mislead you – this advice will be the same regardless of whether it’s your son or daughter that ends up in handcuffs. But in our experience, people tend to do more Google searches about their son’s arrest, so we thought the blog title could help us reach more eyeballs. In any sense, here’s what you should do if your son or daughter is arrested.

1. Get As Much Information As You Can – When you are contacted by police or your child from jail, get as much information as possible about the incident and the arrest. A lawyer is going to want to have as much information at their disposal to help with the first steps of the process, so try to get as much relevant information as possible. Find out where they were, what they were doing, why they were arrested, what they are being charged with, where they are being held and if they are going to be released. If you’re talking to your son on the phone, it doesn’t hurt to remind them that they are talking on a recorded line, and that anything they say could be used against them, so they shouldn’t admit anything over the phone, even if they think the call to their parent is private.

2. Remain Calm – As we mentioned in the intro, odds are you’ll be going through a range of emotions. Depending on the situation, you may feel afraid, worried, anxious, confused, sad or angry, but it’s important to not let your emotions dictate your next steps. There will be a time an place to issue your own consequences, but now is the time to help your child. Before you decide to “let them learn their lesson in jail,” consult with a lawyer and learn about your options.

3. Call A Lawyer – Even if you don’t plan on moving forward with professional representation, it’s important to call a lawyer and talk about the situation. They may be able to give some general advice, which is helpful because it’s unlikely that you’ve found yourself in this position before, or they can go to work securing your son’s release and working on a defense. At a minimum, you’ll walk away from this call with some information on what you should do next. At most, you’ll find a great lawyer who can help your son beat the charges.

4. Figure Out The Stakes – Finally, when you’re deciding how to move forward, really take a second to understand the gravity of the situation and what’s at stake. Letting your son learn a hard lesson could end up keeping them out of their dream college or hurting their ability to get a job in the future. You may be mad or frustrated, but you weren’t perfect when you were younger either, so don’t let a mistake in their youth cost them for years down the road. Really take stock of all the ways a conviction could affect their life, and then decide whether or not moving forward with professional help is your best option. If you need help understanding all the ways a conviction could affect your son’s future, talk to a lawyer.

If your son or daughter has been arrested in the greater Twin Cities area, reach out to Avery and the team at Appelman Law Firm today. We offer a free case review session where you can talk about the charges and figure out your next best move. To set one of those sessions up, give us a call today at (952) 224-2277.