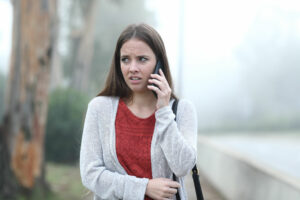 In a win for 1st Amendment protections guaranteed by the Constitution, a three-judge appeals panel ruled that Minnesota’s stalking by phone law was too broad, overturning a conviction in the process.

The case that led to the decision involved Jason Peterson, who was charged under the statute after repeatedly leaving threatening messages for the Rice County Sheriff’s Department and Social Services Department workers in 2016 and 2017. Peterson was allegedly upset with a 2002 family law case that changed his child custody agreement and his visitation rights. The suit claims that his messages contained profanities and left workers feeling frighted, according to prosecutors. He was charged with two counts of stalking by telephone and was sentenced to a year in jail.

However, Peterson appealed his conviction to the Minnesota Court of Appeals, arguing that the statute he was convicted of violating was inherently unconstitutional as it restricted free speech. Interestingly, the appeals court agreed and invalidated the statute.

In their decision, the appeals court ruled that the stalking-by-telephone statute was overly broad and restricted free speech. They cited three reasons for their decision.

First, they said that the law criminalizes repeated calls and text messages, regardless of their content. So, under the law, a parent who is repeatedly texting their child or who is calling a business to complain about waste emissions could be charged as the law is written.

Second, the court ruled that stalking-by-telephone requires criminal negligence that covered both intentional and unintentional speech, meaning that a person can be convicted “even though the person does not intend or even know that his communication would frighten, threaten, oppress, persecute or intimidate the victim.”

And finally, the court stated that stalking-by-telephone requires that prosecution prove that the victim felt “frightened, threatened, oppressed, persecuted, or intimidated.”

Essentially, the law was too broad and violated some protections guaranteed in the 1st Amendment, so they struck down the statute and reversed the lower court’s ruling. That’s not to say that Peterson’s actions were appropriate, but they should not have been penalized under an overly broad stalking-by-phone charge. We expect to see some changes to the law to narrow it down and ensure those who cross the line with phone messages can still be held accountable, but it’s nice to see an appeals panel uphold the rights given to all Americans in the constitution.