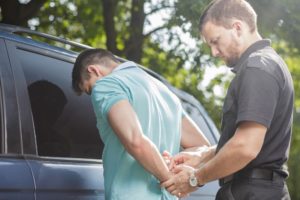 One of the goals at our firm is to ensure that the clients we represent in court learn from their circumstances and make positive changes going forward, regardless the outcome of their case. We help people find substance abuse or counseling services, and we work hard to connect them with professionals who can ensure they don’t end up needing legal representation in the future.

We say all this because after reading a recent story in the Twin Cities Pioneer Press, it’s clear that the man at the heart of this story could have used some intervention aimed at changing his lifestyle choices, because he continues to make poor choices when it comes to drinking and driving.

Daniel Thomas Hanson, 58, of New Richmond, Wis., was arrested last month by a Minnesota State Patrol officer after he was spotted traveling the wrong way down I35 in Carlton County. Turns out, this is the 19th time that Hanson has been charged with driving under the influence. He has 10 previous DWI convictions in Minnesota and eight such convictions in Wisconsin, and one of those resulted in felony-level penalties.

Police said that Hanson had a bottle of vodka next to him when he was stopped this time, and they noted that he had bloodshot, watery eyes and slurred speech. A preliminary blood test found that he had a BAC of .238, nearly three times the legal limit. After the arrest, Hanson’s license was cancelled, and it seems unlikely he’ll ever drive legally again. That being said, we’d venture to guess that he wasn’t driving legally when he was arrested for DUIs in the past, so it seems likely that his behavior will continue unless he gets help.

For the latest charge, he faces two felony counts of DWI, each which carry a maximum of seven years in prison and a $7,000 fine. He also faces a gross misdemeanor and two misdemeanor charges from the incident.

Clearly Hanson needs some help moving forward, and hopefully he gets it instead of just a resource-less jail sentence. The justice system is designed to punish people for their actions, but it also needs to help correct behavior patterns so that everyone doesn’t end up back in court all over again. Some people need more help with this than others, but that doesn’t mean their needs aren’t as important. Hopefully the judge requires chemical health and alcohol counseling alongside other penalties so Hanson can start working to get his life back in order.

If you or someone you know needs help after a DWI, reach out to Avery and the team at Appelman Law Firm today.