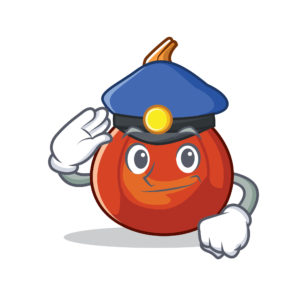 Minnesota State Police have announced that they will be conducting extra patrols this evening in hopes of helping keep community members safe this Halloween.

Traffic violations tend to spike on Halloween, because police usually aren’t keen to give out a warning if they catch you speeding or rolling a stop sign. That’s because kids are usually out and about once school gets out, and all it takes is one wrong move to turn a situation into a tragedy. So when you’re driving home from work or if you’re shuttling kids around the neighborhood, make sure you are obeying all traffic laws, because you probably won’t be let off with a warning.

Now is also a time to remind you to put the cell phone and other distractions down. You are nearly 50 percent more likely to be struck by a vehicle on Halloween than any other day of the year, so both drivers and pedestrians need to be focused on what’s in front of them. Again, police aren’t going to let you off with a warning if they see you texting and driving, and that citation can end up costing you hundreds of dollars in fines, fees and insurance increases, so go hands-free with your phone this Halloween.

A final emphasis of the added Halloween patrols will be focused on stopping drunk drivers. Police hope that their announced presence will deter people from drinking and driving, or it will encourage them to plan ahead and ensure they have a sober ride home. As we mentioned above, kids are going to be all over the neighborhood, and even if they dash across the street at an unexpected time, you could face years in jail if you cause an accident while under the influence.

DUIs tend to spike a little on Halloween as people attend Halloween parties, but we’re hopeful that the call volume won’t be as busy as in years past since the holiday falls in the middle of the week. That said, we’ll have a full staff tonight and will be answering our phones all through the night, so no matter when trouble strikes, you can get a hold of a legal professional by calling our office at (952) 224-2277.

We hope you and your family have a safe and fun Halloween, but know that police will be out in full force looking for lawbreakers. Make smart decisions, and if something goes wrong, don’t hesitate to reach out to the experienced lawyers at Appelman Law Firm. Have a wonderful Halloween!