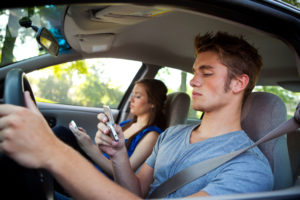 We’ve discussed the hot button issue of hands-free cellphone use while driving on the blog in the past, and the state took another big step towards passing those regulations on Monday when they passed the distracted driving bill.

The Minnesota Senate voted 56-10 to advance a House-passed distracted driving bill that would forbid drivers from using their cell phones while driving unless it is in a hands-free mode. The law was tweaked slightly by the Senate, who inserted an amendment that would allow someone wearing a scarf, hijab or another article of clothing to tuck the phone into the clothing and use it without being in violation of the law.

Since the amendment was added, the bill will head to a conference committee to ensure the House still approves of the bill in its current state. Assuming it passes, it will head to the desk of Gov. Tim Walz, who has already stated that he plans to sign the bill into law.

We have been handling a greater portion of texting while driving and distracted driving cases in recent years, so it will be interesting to see how this law impacts our caseload. While it may curb cell phone use, there will also probably be a great deal of people ticketed in the first few months as drivers may be slow to adopt the changes.

The bill would set a first time violation as a petty misdemeanor, which comes with a $50 fine. A person is allowed to press one button in order to answer a phone call or put it on hands-free mode, but more than that would be a penalty. It’s also worth noting that putting the phone on speaker and holding it in your hand while you drive would also be considered a violation. Individuals making an emergency phone call are not considered to be in violation of the law.

“All I’m asking for in this bill is put your phone down, put your eyes back on the road where they belong,” Sen. Scott Newman, R-Hutchinson, said. “I know we’re going to save lives.”

Opponents of the bill says it restricts personal freedoms and could hurt business. Senator Torrey Westrom, R-Elbow-Lake, said he worries that contractors or small-business owners may be unfairly punished if they receive a lot of calls while driving.

“That is not as unreasonable as eating a Big Mac or putting your makeup on (while) driving here in the metro,” Westrom said. “For that small-business person, now it’s going to be illegal for them to use their cell phone if they at all have it in their hand.”

Hopefully the new law will put a stop to distracted driving, because it’s been on the rise of late. There were 7,357 tickets for texting while driving handed out in 2017, and that jumped 30 percent to 9,545 in 2018. If you need help fighting a texting while driving citation, give Appelman Law Firm a call today.