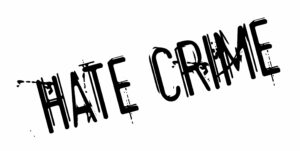 According to recently released statistics from the FBI, hate crimes in Minnesota and across the country dipped slightly last year for the first time since 2014.

The statistics show that there were 126 hate crime incidents reported in Minnesota last year, which represents a nearly 15 percent decrease from the prior year. Other findings from the report show:

Minnesota Attorney General Keith Ellison has spoke held about hate crimes around the state, including why some victims choose not to come forward and how the state can make it easier to prosecute perpetrators.

”What we’ve learned in our conversations is that there are many roadblocks to reporting, investigating and prosecuting hate- and bias-motivated crime,” he said. “Some steps that can help clear those roadblocks are clarifying state law and more dollars and curriculum for training.”

At Appelman Law Firm, we’ve also noticed an increase in hate crimes around the city. Although numbers fell off a bit this year, it’s hard to ignore some of the news stories we’ve been seeing over the past couple of years.

Our firm has a number of resources available to all parties who are caught up in a hate crime dispute. We have connections in the industry that can help provide victims with the resources they need to put the incident behind them and move on with their life, and we also have the legal knowledge to defend those who have been falsely accused of a hate crime. Even if you knowingly committed a crime, but it was not racially or ethnically biased, and you’re facing hate crime charges, reach out to our firm to see what we can do. We can help argue your case to get the hate crime charge removed from the table so that you don’t face unnecessarily harsh punishments.

For assistance with any part of your hate crime case, or to just have your legal questions answered, reach out to Appelman Law Firm today.