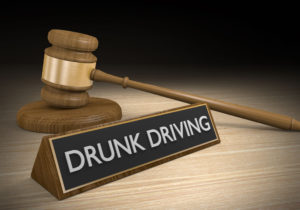 For their study, the personal injury firm Siegfried and Jensen looked at a number of different factors related to DUI to develop a scoring system. Here’s a closer look at the categories and factors they assessed:

Each metric was then assigned a numeric weight, with the total weight of all metrics adding up to 100.

After all the states were analyzed, Minnesota topped the list as the state with the harshest DUI laws and penalties, even ahead of Utah, which recently lowered their legal driving threshold to .05, the lowest in the nation. Here’s a look at the top 10 and their score out of 100.

On the flip side, the three states at the bottom of the list were New Mexico (35.8), Wyoming (25.1) and South Dakota (20.1). To get a better understanding of the full list, take a look at the full rankings by clicking here.

Minnesota rose to the top having strong laws and penalties, but some factors that stood out from the rest were jail time, fines and additional penalties associated with DUI convictions. Minnesota does put their foot down hard on DUI offenders when it comes to ignition interlock devices and license plate impoundment, but it’s surprising to see that we top the list in the entire nation.

So as you can see, a DUI in Minnesota is no laughing matter, because the penalties are clearly serious in nature. If you’re facing DUI charges, you absolutely need to hire a lawyer to help assist you with the case and fight on your behalf. We specialize in getting DUI charges reduced or dropped altogether, saving you time, money and potentially your freedom. To set up a free case review with our firm, give us a call at (952) 224-2277 or click here.