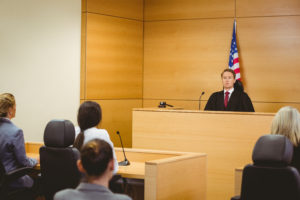 Minnesota’s judicial council voted late last week to continue to suspend criminal jury trials until March 15 due to the risks caused by large indoor gatherings amid the coronavirus pandemic.

While the vote will postpone the majority of criminal jury trials until at least mid-March, the council also increased the exceptions that would allow for such trials to take place, and they agreed to consider allowing some civil jury trials to be conducted using video technology if all parties and the presiding judge are in agreement.

Back in November, the council agreed to postpone all criminal jury trials until February 1 and to re-evaluate this decision in mid-January. Although the most recent coronavirus surge has dissipated a bit, the council decided February 1 was still too expedient of a reopening date, and at their latest meeting they opted to shoot for March 15 if the pandemic allows it.

Exceptions To The Decision

As we noted above, despite the delayed reopening date the council added more exceptions for which a criminal jury trial can take place at this time. An exception can be made if:

Additionally, the chief judge in a judicial district will need to determine if local coronavirus conditions are safe enough to conduct the trial. All criminal cases allowed move forward will be reported to Lorie Gildea, Chief Justice of the Minnesota Supreme Court, who will monitor the efforts statewide.

Since November, only 15 exceptions have been granted for criminal cases to go forward with a criminal trial. Nine of these cases were settled before trial, and six trials have been held. A total of 704 prospective jurors were brought into courthouses for these trials.

Civil trials had been barred as the state attempted to limit coronavirus exposure, but after the latest decision, the council will consider allowing some civil trials to proceed using remote tactics. However, it’s not certain whether civil trial juries would hear these cases in person or at home via a computer connection.

If you need help figuring out the next steps in your criminal case or after a traffic citation, reach out to Avery and the team at Appelman Law Firm today.