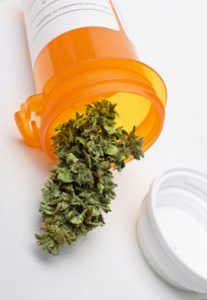 A small group of Democratic lawmakers are pushing for the legalization of recreational marijuana, a move that had been gaining traction across the nation. They aren’t optimistic that the proposal will be passed, but they said they hope it starts a conversation. If it does become legal to have recreational marijuana then you might be interested in taking a look at something like these thick, heady glass bongs (but only get them when it’s legal!).

“This is a conversation starter,” said Rep. Jason Metsa, DFL-Virginia, noting that the proposal faces an uphill battle.

Why They Want It Legalized

Proponents of legalization have a number of reasons for wanting to legalize the drug. Besides being a source of income and having the ability to regulate the industry, proponents say the main reason why they want to legalize marijuana is because keeping it illegal is not preventing its use. In 2015, nearly 40 percent of drug arrests in Minnesota were marijuana-related, meaning the industry is flourishing. This means money from marijuana sales is making its way into the pockets of drug lords and kingpins, and these drug-related arrests are harming individuals who want to get a job or housing later in life. Marijuana needs to become legal so that the money goes to people who have actually earnt it. If marijuana does become legal and you are interested in starting up a business, then you should check out something like HERB CEO. However, in order for this to happen, you first need marijuana to be legal.

Liebing said the proposal calls for a constitutional amendment on the legality of the drug, meaning if the proposal earned support from the House and Senate, the public would cast the final say on the measure. However, Republicans hold the majority in the House and Senate, so it seems unlikely the Democratic proposal will get to the point where the public gets to cast their vote.

Even some Democrats aren’t sold on the idea of legalizing recreational marijuana. DFL Gov. Mark Dayton spoke about against the proposal last week.

“We’ve got enough drugs, an epidemic of drugs that’s floating through our society right now. And law enforcement’s got to deal with all the consequences of it,” said Dayton.

Another reason the proposal faces an uphill battle for legalization is the fact that Minnesota isn’t very progressive when it comes to vices like alcohol and tobacco. Considering the state still doesn’t allow alcohol sales on Sundays and it has a very large tobacco tax, it seems unlikely that they’ll jump at the first chance to legalize marijuana.

Public polling offers some more insights into the hurdles the proposal will face. Although 60 percent of Americans support the legalization of recreational marijuana, the most recent state poll from 2014 found that 63 percent of Minnesota were against legalizing the drug.

That’s not to say legalization of marijuana doesn’t have benefits or that the proposal may not be approved in the future. Since there are already a number of marijuana legal states, it would seem highly probable that marijuana will become legal in all states at some point. A look at Colorado shows just how profitable legalization could be. Colorado topped $1 billion in legal marijuana sales in 2016, which not only took that money out of the hands of drug lords, but it also provided the state with more than $150 million in tax revenue in the first 10 months of the year.

This will likely be a hot topic over the next couple of years, and we’ll be interested in following the pros and cons of each side’s arguments. There are benefits and drawbacks to both sides, and if we are going to legalize marijuana, we need legislation to account for these potential drawbacks to ensure the people are protected.