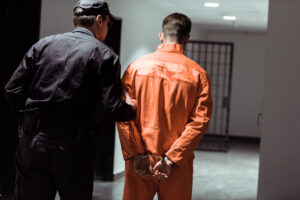 The cost of keeping prisoners in jail is an expense footed by the taxpayers, and it’s not exactly cheap. Many people feel that those tax dollars could be better spent elsewhere, and that’s the goal of the recently proposed Minnesota Rehabilitation and Reinvestment Act that was included in Gov. Tim Walz’s revised budget. But in order to save money on prison costs and reinvest that money in the community, we have to find it in the budget, and some feel that the best way to do that is to let prisoners out of jail earlier.

On the surface, the idea of letting prisoners go free sooner just to save some money likely doesn’t sit well with a lot of people. The people proposing the bill know this, which is why it wouldn’t just be carte blance for all offenders. Only specific offenders who meet all the necessary criteria would be eligible for early release, and money saved on their incarceration costs would be reinvested into local communities. In today’s blog, we take an closer look at the proposal.

How Would The System Work?

Many people are unaware that most inmates actually end up being released early from prison. Most inmates serve two-thirds of their sentence in prison and the last third on supervised release. Under the Rehabilitation and Reinvestment Act, they would actually be eligible for earlier release if they’ve shown extensive progress towards rehabilitation. Instead of waiting until they approach two-thirds of their sentence to begin reintroduction programs, the state wants to start this process sooner to help identify inmates who may be a good fit for earlier release and reduced inmate costs.

During this process, inmates will be given an individualized plan to identify goals and needs to complete prior to being eligible for early release. Some of those needs may include completing mental health therapy, substance abuse treatment or gaining vocational skills in order to be able to more easily find a job and be reintroduced back into society. Inmates would have their progress checked at regular intervals along the way to ensure they are completing what’s necessary and remain a good candidate for early release. How early they could get out would be determined on an individual basis based on specific needs and circumstances.

Proponents of the bill believe it will help give inmates purpose and a sense of hope while they are serving their time, and that can go a long way from a mental standpoint, which can help to reduce thoughts and behaviors that contribute to recidivism upon release. While some may view the proposal as soft on crime, proponents say it’s a more hands-on program that, while it may result in earlier release for some inmates, should actually help to reduce the likelihood that an individual would commit another crime. We’d all rather an inmate be released after one year if we knew they would not reoffend than have them locked up for three years and reoffend after they are released because they couldn’t get the help they needed to change their ways while in prison.

Inmates aren’t just released without supervision, either. As part of the program, they would be required to meet certain expectations after release during a period known as supervised abatement. This typically includes things like finding housing, maintaining employment, continuing mental health or substance abuse treatment and successfully working to reintegrate back into the community.

Most Minnesota inmates would be eligible for the program, except those who were convicted for especially violent crimes or sexual offenses.

Where Would The Money Go?

The money saved on incarceration costs would be poured directly back into local communities. The Minnesota Department of Corrections expects that the program will save $38 per inmate per day of release, or about $10 million a year. That money would be placed in a fund to be distributed within the correction system as well as towards community efforts and services to reduce crime or to help crime victims.

If passed by the Legislature, the policy would go into effect beginning in August.